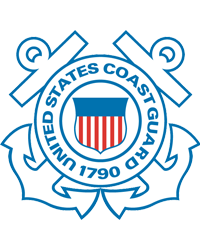 Stanley F. Kurowski, 72 of Kissimmee, Florida passed away on Sunday, December 22, 2019. He was born in New York and moved to Kissimmee in 1988 from Groton, Connecticut. He was a retired Chief Boatswain's Mate in the U.S. Coast Guard serving his country with honor and distinction during Vietnam. Stanley was also a Lutheran by faith.

The family will receive friends on Sunday, December 29, 2019 from 5:00 P.M. to 7:00 P.M. at Conrad & Thompson Funeral Home. Funeral Services will be held on Monday, December 30, 2019 at 11:00 A.M. in the Roger C. Thompson Memorial Chapel at Conrad & Thompson Funeral Home. Interment will follow at Rose Hill Cemetery where he will be accorded Military honors by the Osceola County Veterans Council Honor Guard.